The God of Pro Wrestling 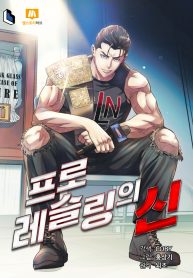 Junho Kim, he loved pro-wrestling more than anyone but he couldn’t escape the racial standards.
After his meaningless retirement, while working as a construction worker, he got caught up in an unexpected accident…
And after he opened his eyes, he returned to the day before his WWF entrance exam!
“This time, I won’t end as the villain ‘king-fury’ with a 0.7% success rate!”
He returned to his 20s body with all the knowledge he’s worked so hard for and information about the future.
He will not repeat his history of being ‘jobber’, the expert at losing.
He will rewrite the history of pro wrestling together with the wrestler that will take over the era in the future!
To ultimately become the god of pro wrestling, an ‘icon’ of the era!